The rules of this meme is simple: Each week there is a theme for you to create a list of three movies. Your picks can either be favourites/best, worst, hidden gems, or if you're up to it one of each. For more information on the meme and future theme please visit the meme's page here.

I came up with a lot of ideas for the weekly themes and then of course I had to decide which would be the first theme to start the ball rolling. This being the first week, I chose something a little simpler, where there is a ready and relatively known pool of movies that you can choose your picks from. Nonetheless it would be interesting to see what everyones pick would be.

This week's Thursday Movie Picks is Movies based on a Stephen King Book/Short Story.

Just a little thing to note, I am writing this list from memory. The most recently watched in my list was seen at least six years ago and I have actually seen each only once through.

So without further delay, my three favourites in alphabetical order: 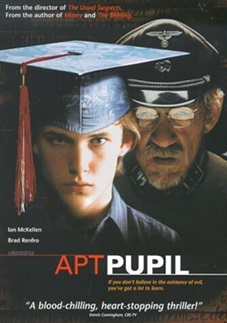 1) The Apt Pupil (1998) - "A boy blackmails his neighbour after suspecting him to be a Nazi war criminal."
I wished I had manage to rewatch this, as with the other movies on this list, prior to writing. This possibly more so being the earliest one I saw out of the rest and have faded from my memory so much. But the disturbing premise of the movie certainly sticks as did the wonderful performances by the actors, Ian Mckellen as the Nazi war criminal and Brad Renfro as the manipulative teenage neighbour. Both characters equally scary that you can't decide who's the bigger villain as the war stories told to the curious teenager seem to increasingly feed his dark side. 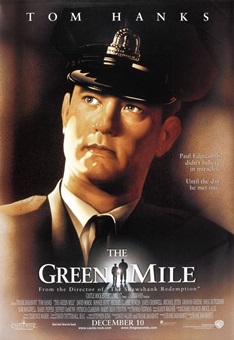 2) The Green Mile (1999) - "The lives of guards on Death Row are affected by one of their charges: a black man accused of child murder and rape, yet who has a mysterious gift."
This is the other Stephen King movie set in a prison and the one I like more. Maybe it was the supernatural elements that won me over or perhaps it was the emotional tale of a gentle giant on death row for a crime he did or did not commit having a  profound impact on the guards and fellow inmates? 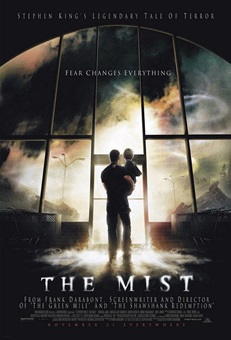 3) The Mist (2007) - "A freak storm unleashes a species of bloodthirsty creatures on a small town, where a small band of citizens hole up in a supermarket and fight for their lives."
I wasn't really keen in watching this movie but the great reviews I kept seeing encouraged me to check this out. The basic premise here is a somewhat similar to Dawn of the Dead as a group of small town inhabitants seek shelter in a supermarket. While a supermarket seem to be best place to hole up in during a disaster with the huge supply of survival necessities, it does not remain so for long. I have to say I love the claustrophobicness of The Mist. As some of the people band together in an effort to survive, fear spreads, paranoia sets in, personalities clash and chaos is inevitable and that is often more scary than the monsters outside. And I hope this doesn't spoil it for anyone who have not seen it, I thought The Mist had one of the most devastating, unforgettable endings which possibly made The Mist one of my favourite movies.