Blogathon: Attack of the Sequels 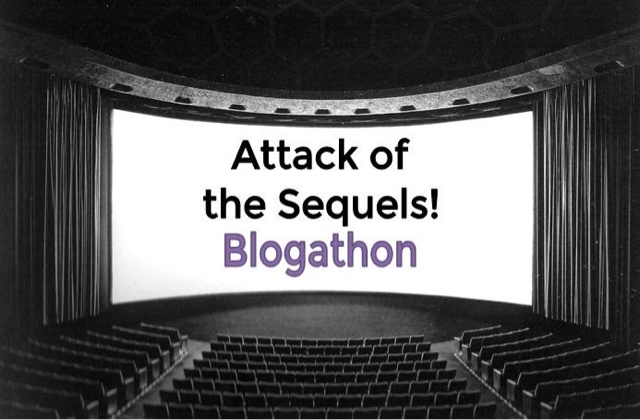 Found an interesting blogathon, Attack of the Sequels, by Feeling Fuzzier. The challenge of the game is to pick 5 movies that you'd want to see a sequel. Nowadays almost every successful movie gets a sequel so it was quite a challenge for me to come up with my 5 picks.

Before I start here are Feeling Fuzzier's rules for the blogathon:
---

In alphabetical order, sequels I want to see:

Daybreakers (2010)
Daybreakers gave us quite a good "if the world was run for vampires" world. I remember the glass windows of cars were all tinted and the cars were also fitted with cameras so that the vampire driver can see the roads from within the protected cars. Unfortunately the story itself was pretty weak.  But the movie did end in an open ended manner. I like the world, so I'd want to see a sequel that follows what is done with the cure.

Lemony Snicket's A Series of Unfortunate Events (2004)
I enjoyed the Lemony Snicket's movie. I love the look of it. A little gothic, a little steampunkish with the crazy mechanical inventions, and it was also darkly funny. I know that the children book series are popular consisting of several books, but maybe the movie didn't do as well since we never got the sequel? I'd still love to see the sequel, though they would have to get new kid actors to be the main characters now.

Leon: The Professional (1994)
I've been wanting to see the sequel to Leon: The Professional since the first time I saw it. I wondered what happens to Matilda. The movie left off with her returning to school, but what happens after that? Would she choose to be like Leon?...I kinda think she would, at least for a while. There has I think talks/rumours of a sequel in the past but nothing came of it and now it just seems the more unlikely that we would ever get a sequel since Natalie Portman is too old to play Matilda if the story for sequel continued only a few years after the first.

Master and Commander: The Far Side of the World (2003)
I think the first movie was wonderful. I liked the friendship story; Russell Crowe and Paul Bettany have great friendship chemistry and the movie itself looks gorgeous.  Life at sea is hard and dangerous; people lose their limbs and some their life and I love, love that the movie did not romanticized it by simply focusing on the action and adventure. And hey I never knew that training to be naval officers start that young in the 19th century. This movie was also based on a series of books, so why has this not gotten a sequel?

Zombieland (2009)
Zombieland was a lot of fun and I love the whole rules of surviving Zombieland that Columbus had. I know they tried doing a sequel in the form of a TV series but if I'm not mistaken the pilot was not picked so it never made to TV screens. What they should definitely do is a movie sequel, with the same actors as the characters that we love. I checked IMDB and there is a page for Zombieland 2 with a in development status, so here's hoping we get one.
Posted by Wanderer at 1:16 AM