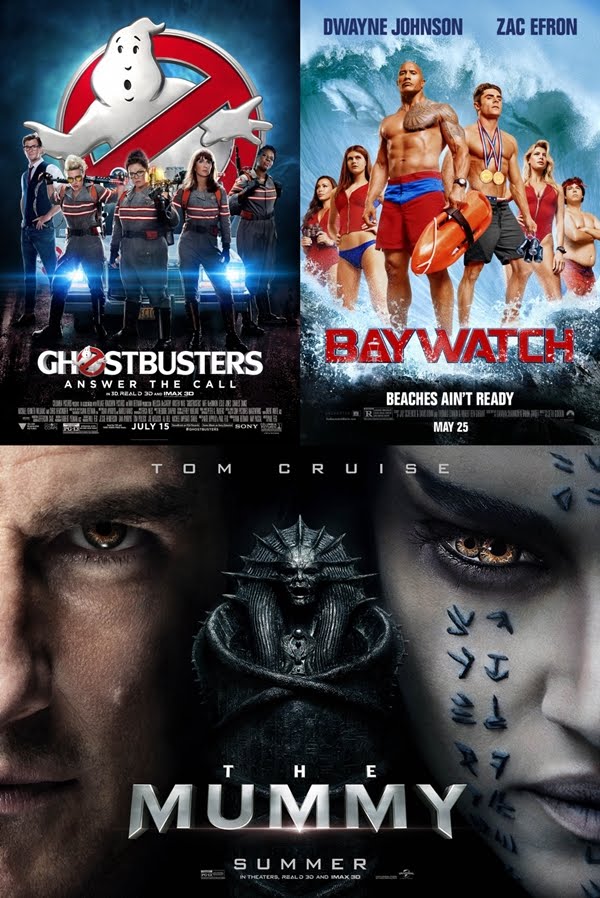 It's summer and so it's the time for blockbusters. Not all of them end up successful so here's to them. My picks today are my latest watches.

Baywatch (2017)
A 2017 release, but released slightly before summer. I actually used to watch the Baywatch TV series as a kid though I can't remember much now. Just that there were lifeguards running and saving people. I totally didn't remember the whole thing about the lifeguards acting like they're police officers and trying to investigate crimes that occur on their beach, which this movie tries to both replicate and make fun off though quite unsuccessfully. I know it's suppose to be funny like look at how silly everything is, but the humor just doesn't land and so it just ends up being very silly.

Released in the summer of 2017, this was supposed to be the first movie in the new Universal's monster series of movies, that I think includes Frankenstein, Dracula, etc...Some big actors had also been cast as the leads in the future followup movies and I vaguely remember they had all posed for some movie magazine (Vanity Fair?) piece. Well now that The Mummy flopped...it seems the other movies are no gos, at least I haven't read anything about them still being in the works. Anyway since I've finally seen The Mummy now, I can see why it wasn't popular. It's quite boring. The action wasn't very fun and neither was it scary for a monster movie.