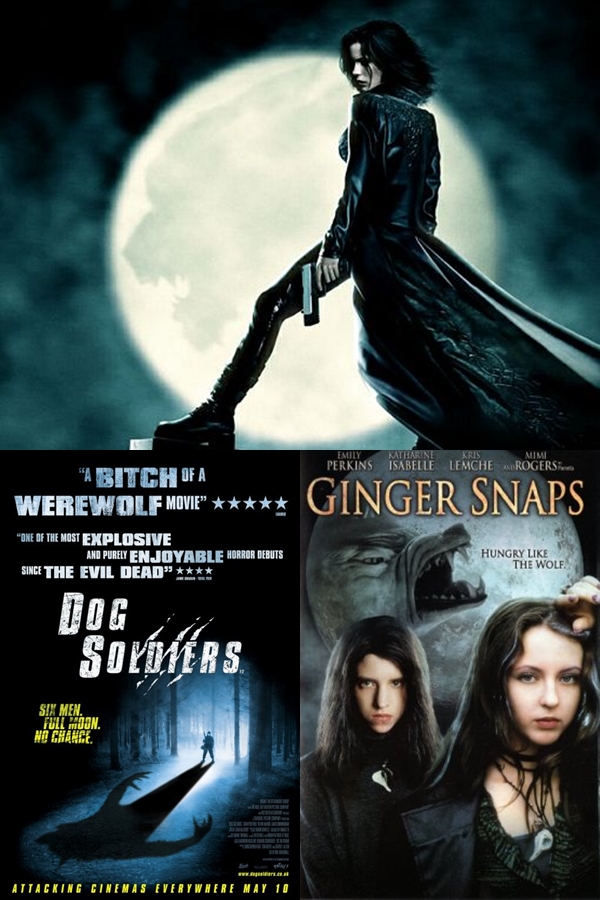 Hey welcome to another TMP Halloween Edition. This week it's Werewolves! As I try to recall the werewolf movies I've seen, turns out I haven't seen that many. So I am looking for to some suggestions. In random order, here are my picks:

Underworld (2003)
I know Underworld 3: Rise of the Lycans is more fitting for today's theme but I didn't like it so my pick is the first movie from the franchise. Love the futuristic world Underworld created in which the vampire and lycans are battling in an ongoing war that is centuries old.

Dog Soldiers (2002)
A squad of British soldiers is in a remote part of the Scottish Highlands for a military exercise when they find themselves hunted by a pack of werewolves. They seek shelter at an empty country house and prepare for a battle they are utterly unprepared for as the werewolves circle the house. Like this movie a lot. Suspenseful, plenty of action and scary too.

Ginger Snaps (2000)
I really really love the 1st and 2nd act of the movie which is a female coming of age slash werewolf tale where the werewolf transformation is a metaphor for puberty. We all know how so much fewer female coming of stories there are and this one hits the nail on some aspects of it. If I wasn't lazy at finding gifs, this post would have been filled with several awesome Ginger Snaps gifs. While I like much of the dark humour, there were still times when it was just a little too morbid - Brigitte and Ginger are certainly more more morbidly creative than Harold (from Harold and Maude). Anyway...the third act happened and it went all out werewolf story, seemingly dropping the coming of age aspect and so I found the ending just very disappointing.

Participating Blogs/Bloggers
Posted by Wanderer at 5:12 AM