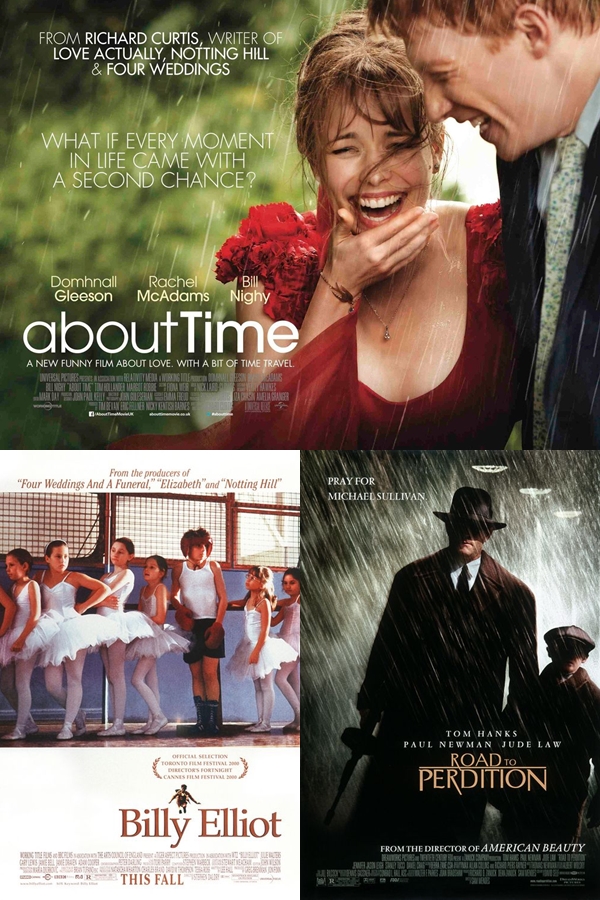 Every last Thursday for the first nine months of 2015 I'm running the All in the Family Edition and wow did time flew because today is the the second theme for the edition. This week is pretty easy one for me, my picks came easily. Here are three of my favourites:

About Time (2013)
The big misconception about this movie is that it is just a romance/romantic comedy and people probably gave it a miss because of that. Yes there are elements of romance and comedy in it, but it is as the title says it is. It is about time, about valuing it and family. One of the relationships that was focused on is the relationship between Tim and his father. They have a great relationship and it's just one of those that is just so rarely seen on screen. One of the saddest scene in the movie was when Tim and his wife decides to have a third child and we understand what it means for his father so I was pretty much sobbing when Tim and his father went to the beach near the end of the movie.

Billy Elliot (2000)
Billy's father may not approve of Billy's fondness for dancing, but when he realises how good and dedicated Billy is to dance he comes around to supporting him. The goodbye scene is one of the most heartwarming scenes of very masculine characters expressing their love for each other.
Road to Perdition (2002)
This movie is just perfect for today's theme since it has three father-son relation though one is not biologically related so I won't go into that one. The first is the relationship between the mob boss and his foolish reckless son. The other is between the mob's hitman who has been shielding his sons from his life of crime until one of them spies on a hit which leads to disastrous consequences and I'll just leave it at that.

Email ThisBlogThis!Share to TwitterShare to FacebookShare to Pinterest
Labels: All in the Family Edition, Thursday Movie Picks