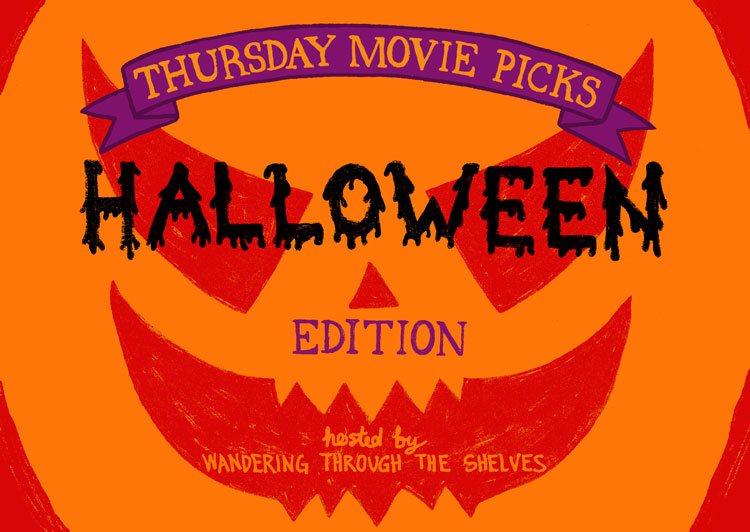 Hello and welcome to Thursday Movie Picks! We're now in the second week of the Halloween Edition. Once again brace yourself for some scary flicks as for 5 Thursdays in the month of October, the themes will all be Halloween related.

As you can see there are some fun themes in the coming weeks. So if you haven't join us already, now is definitely the time to.

Before we start let's go through some of the simple rules for the newbies; Each week there is a topic for you to create a list of three movies. Your picks can either be favourites/best, worst, hidden gems, or if you're up to it one of each. For more information and future topics please visit the Thursday Movie Picks page here. 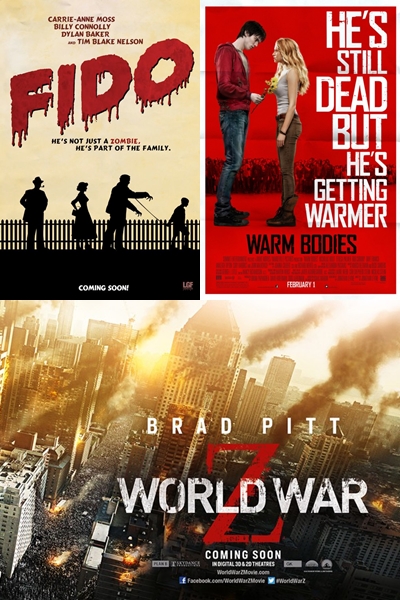 Ah zombie movies...I'm relatively quite new to them having only begun seeing them in the 2000s with 28 Days Later which have been argued to not technically be a zombie movie since the infected didn't die first before reanimating. Anyhoo...I have like most of the ones I've seen and 28 Days Later is a definite favourite, but it won't be part of my picks this week as I'm going for Hidden Gems.

Fido (2006)
Zombieland and Shaun of the Dead are the more popular zombie dark comedies so I thought I'd highlight Fido for one of my picks. Fido pretty much begins where Shaun of the Dead ends but set in the 50s. So imagine a world like Pleaseantville where zombies have been domesticated by having them wear collars making them controllable and productive members of society. In this world having a zombie servant becomes a desirable thing because it's all about keeping up with the Joneses right? Until of course...accidents happen.

Warm Bodies (2013)
So we already have a zombie comedy, let's now have a zombie romance, Romeo and Juliet style. Don't worry there's no tragic suicides here because Warm Bodies is light hearted fun comedy/drama/romance set in a zombie apocalypse. Plus R the Romeo in this tale is already dead. Yep he is a zombie. His brain has limited functionality (he can't even remember his name), just enough for him to know he is hungry and needs to eat people. That is until he eats one boy's brains and inherits his memories and the emotions tied to it. R soon find himself falling for Julie, a living girl from the boy's memory, and goes to great lengths to protect her from his fellow zombies. You're probably now thinking how the romance part works out since Julie is human and R is dead...it works out...you'd just have to see it.

World War Z (2013)
After the delays, the reshoots the movie had and how different the story was reportedly to be from the book, I had expected World War Z to be disappointing. So I was quite surprise that it turn out to be an entertaining, heart pumping and action packed zombie flick. I'm not a fan of fast zombies...but it does make this zombie infested world extremely scarry. World War Z follows Gerry, a UN investigator, fly around the world to investigate the disease. So basically through him we see the zombie apocalypse on a global scale, which I don't think any other movie has done before, and certainly effectively gives a certain sense of escalating claustrophobia as we come to see no corner of the earth is untouched by the pandemic. I would also recommend the book. Other than the zombie apocalypse affecting the whole world, the story is vastly different. The major difference probably being that the book is made up of a series of accounts of the war by characters from different parts of the world from various backgrounds told to a UN agent interview style.