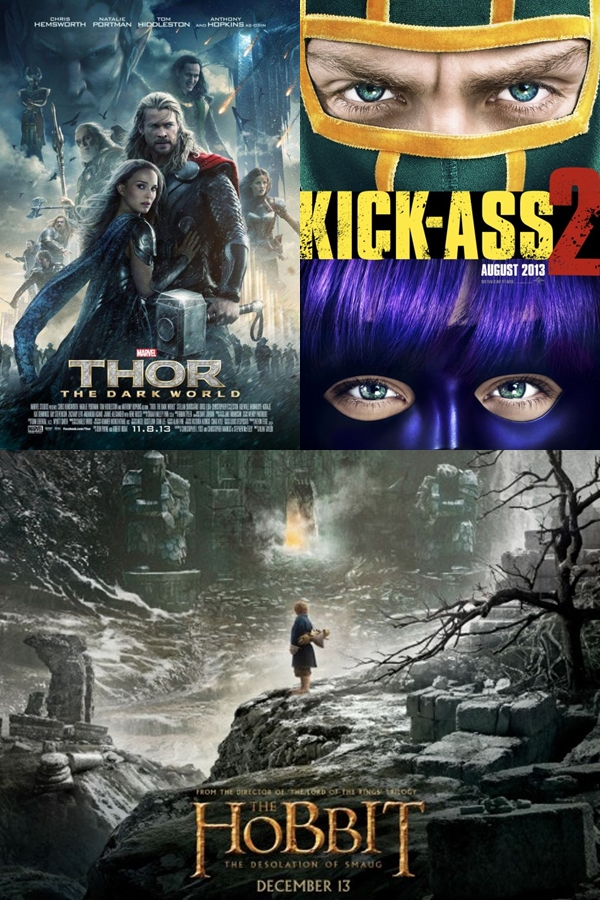 I realised I didn't elaborate on today's theme so you can go whichever way you want. I've always been picking bests, favourites or hidden gems so I'll be doing a sequels I didn't like pick and my choices are limitless. Be prepared to hear me rant.

Thor: The Dark World (2013)
I wasn't even a big fan of Thor to begin with but still found it entertaining and Tom Hiddleston was so good as Loki. Thor 2 on the other hand was just boring. Jane is so dull! Can we just cancel and have Darcy? And Loki! Why is he still running around being evil? Really? After Thor and Avengers? They've got to stop riding on Loki. What is Thor without Loki? Seriously it looks more and more like the Loki show than Thor's.

Kick-Ass 2 (2013)
I don't know why this one doesn't work as well as the first; it has much of the same things and yet still not enough if I make any sense at all? I mean the first was really darkly funny and this one just falls flat. Plus haven't we already established that a non superhuman can get seriously hurt being a superhero. And the high school side plot for Mindy was just too Mean Girls.

The Hobbit (2012)
Well technically The Hobbit isn't really a sequel. It's the prequel. Well you probably can't even call it a prequel since it took place before LOTR and was also published prior to it. So to not cheat, I'll just say The Hobbit 2 and 3 was worse than The Hobbit 1. What were they thinking stretching this into 3 movies. Well I guess I know. $$$. When I first saw LOTR I was mesmerised. The story was enthralling and the effects was I thought ahead of it's time. When I saw The Hobbit which is filmed 10 years after, I can't help but think the effects just looks so inferior and behind the current technology. Maybe I'm imaging it but doesn't Legolas and whats-her-name-lady-elf who had a short weak sort of romance look cartoony when they're jumping around fighting. Now let me guess...was this romance also made up for the movie? Seriously this is not how you throw in a female character into a plot.

Participating Blogs/Bloggers
Posted by Wanderer at 2:00 AM