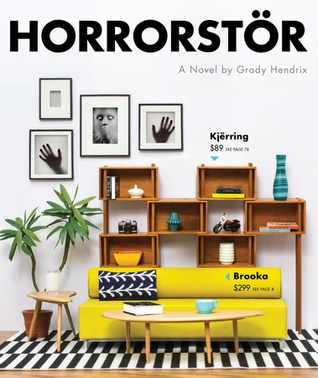 Horrorstör by Grady Hendrix
When I first saw this book on a book blogger's blog I thought why is she reading an IKEA catalogue. It's not. It's a book about a fictional haunted retail store which is a ripoff of IKEA. I love the whole concept and the book's packaging. The story starts off strong. It got a little weird in the middle when the ghosts start to appear but the end was pretty good. 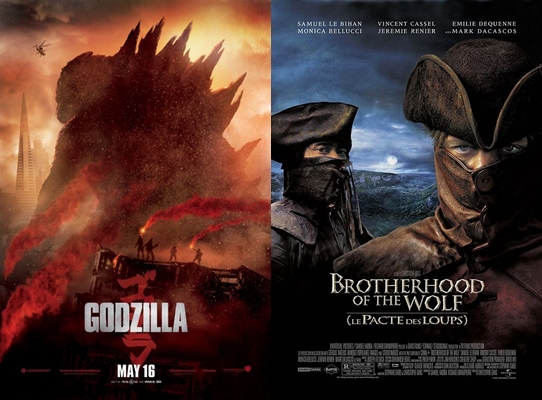 Brotherhood of the Wolf
I watched this a long time ago and couldn't remember much of it and so a rewatch was in order. I actually thought it's about a werewolf which it is so not. I loved the way the main characters were introduced. They were wearing the trench coats that covered half their face as featured in the movie  poster. It created a great air of mystery to who these men were. The movie had some nice pretty scenery shots and costuming, but the story just wasn't for me.

Godzilla
Am I the only person who didn't know what's going on half the time. I mean I know the electricity was messed up and so no good lighting but it was just so dark I didn't know what I was looking at for most of the action scenes. 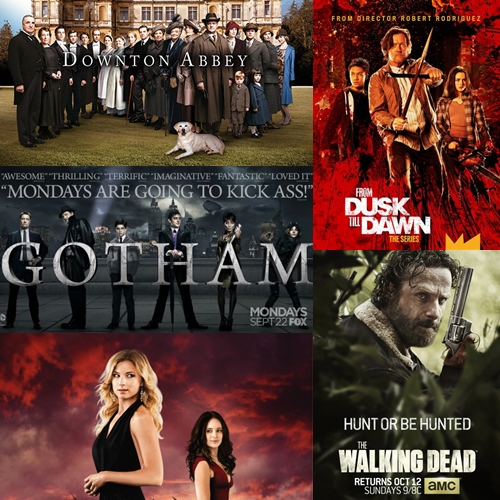 Downton Abbey Season 5 Episode 4
Miss Bunting is so irritating. Can they drop her please? It's getting old. She does the same thing every episode. In other news, Cousin Violet gets a marriage proposal from a Lord. I think it's so cute! But I thought that doctor and her kinda like each other. Aren't they always having tea or something?

From Dusk Till Dawn Season 1 Episode 2
I am loving this show. Love the dialogue between Seth and Richie. Richie is showing more of his insane-ness. My theory is that Carlos hypnotized him to make sure he delivers the money across the border. We also meet some new characters in this episode as well; the family with the RV. From the promos, I suppose they will cross path with the Gecko brothers pretty soon.

Gotham Season 1 Episode 4
I think this series may be losing me a little. I hope Gotham doesn't become too episodic, what with a new mad men/killer every week. I'm liking the Penguin development but everything else is just so meh. And can Gordon please stop confiding in Bruce about police/government corruption! He's like what 11?

Revenge Season 4 Episode 3
DC found Emily. He should recognise her right? I mean the last time they met should be when Emily was a teenager. Plus how could he not know Amanda has been masquerading as Emily. I know he was holed up in a cave the last decade but surely he was curious what his enemies were doing all this time, and if ever checked out about any them in any media, he would have come across Emily right? Right?

The Walking Dead Season 5 Episode 1
I binged watch season 4 in time for the premiere of season 5 earlier this week. Season 4 was so-so. I really didn't like when the survivors were separated and whole episode s sometimes just focused on one small group. I don't think some of the characters story was strong enough to carry one whole episode. So I'm glad the gang has finally met up with each other in the premiere. As expected the sanctuary is messed up. How did the sanctuary people go from being the "cattle" to purposely baiting people to come to the sanctuary? At the end of the episode my mom was like saying  Rick's group is pretty large now and I said that can only mean one thing - one or two of them won't survive the season.