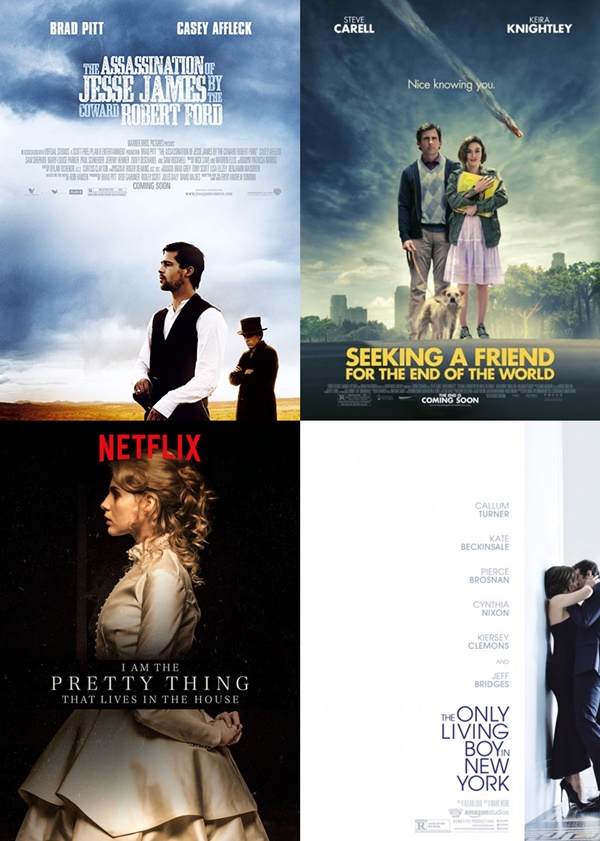 There are plenty of movies with super long titles. Many because they are part of some franchise with the franchise name included in the title. So I'm doing the opposite; my picks are strictly movies that are not part of any franchises.

P.S. I'll be posting the preliminary 2020 schedule on Sunday, so come and check it out.

The Assassination of Jesse James by the Coward Robert Ford (2007)
It has been a really long time since I've seen this but I remember the movie had a very somber tone, looked great visually and that I liked it.

Seeking a Friend for the End of the World (2012)
This was just an ok watch. I was actually quite disappointed. I thought it would be more quirkier and darkly funny but it was more on the duller side.

I Am the Pretty Thing That Lives in the House (2016)
This movie has such a low rating on IMDB and I actually don't think it is that bad. I like the ghost story; it was creepy and tragic and the scares are quite good. The one thing I did found annoying was the voice that Ruth Wilson used especially when her character spoke to herself.

The Only Living Boy in New York (2017)
I've picked this before for TMP #234. I rather like it. It's basically about a recent college graduate who goes about trying to breakup his father's affair and ends up learning more about his family in the process.