Thursday Movie Picks #252: Movies You Have a Different Opinion After Rewatch 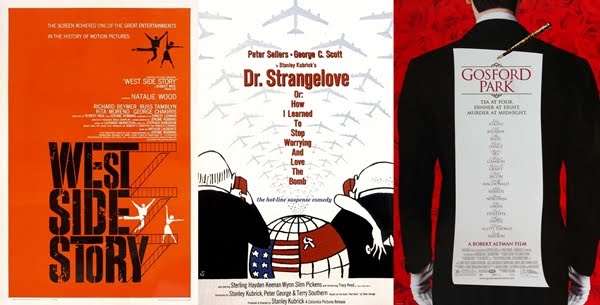 Today's theme is one by thevoid99. I don't often watch movies that I don't like again. The exception is when they are either classics or have an overwhelming number of great reviews, plus maybe I wasn't in the right mood then or just too young to understand so in those rare cases I give the movie a second chance several years later. Some of them I did end up liking or even love upon rewatch. While I think I'm forgetting some titles, here are the three that came immediately to mind.

West Side Story (1961)
I tried watching this about ten years ago, only a few minutes of it because I pretty much immediately disliked it. I think the movie opened with some gangster characters dancing and I was like seriously...gangsters twirling and dancing on pointe? To be fair, I'm not a big fan of musicals. A few years later, I don't know why but I popped the DVD and tried again and it turned out not to be soo bad, I can even say I like it. I like quite a number of the songs and while the whole gangsters ballet dancing thing is a bit weird, I can appreciate that all the dancing in the movie is well done and choreographed. The movie also seem very self aware of the world it lives in which is evident in the lines the characters say, there were moments that were absolute gems I thought and some of the issues that the movie touches on is still prevalent making the movie still feel very current.

Dr. Strangelove or: How I Learned to Stop Worrying and Love the Bomb (1964)
I think I tried watching this like 10 years ago, for only a few minutes and gave up. I had not understood what it was trying to say nor why people say it is funny. Tried again in 2017 and well I get it now.

Gosford Park (2001)
I first saw it it on DVD like 16 years ago and I did not get it at all. In fact I found it so boring and dull. A few years later I decided to give the movie a second try and I totally loved it. This is like if those old timey Agatha Christie type of murder mystery/detective story and the best Downton Abbey episode had a baby. I mean seriously, just imagine a more polished Downton Abbey with a much tighter story...that is Gosford Park. It such a well crafted film; sharp and funny and well acted by the fabulous cast. Of the three this is the one I like best and is one of my favorite movies.