Hey, if you've ventured past my usual movies post and found this book blog post, welcome. It's a new series that I've started: Monthly Book Picks where I select my favourite reads of the past month. Last month turned out to be a solitary endeavour but if you want to join in this month do leave a link using the inlinkz gadget below. Monthly Book Picks will go up every first Monday of the month. 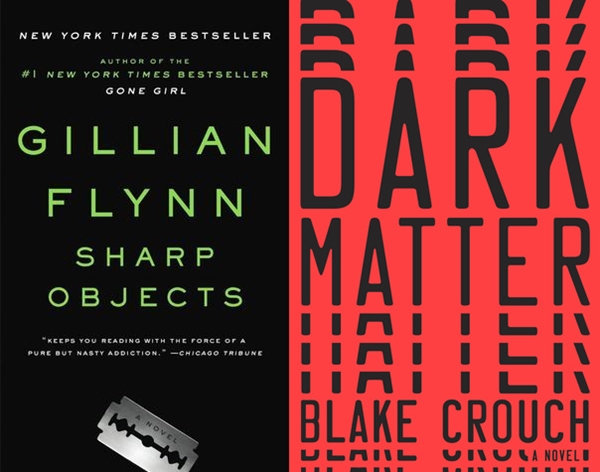 “Sometimes I think illness sits inside every woman, waiting for the right moment to bloom."


Sharp Objects by Gillian Flynn (2006)
The Gist: Back on the job after a brief stay at psych hospital, a journalist is assigned to return to her hometown to cover the murders of two preteen girls. There's something about the women in a Gillian Flynn novel. They're never simply one thing. They are often messy and most likely very messed up. In Sharp Objects even the children are too. They are so creepy; some are drinking and taking drugs at such a young age and others are wild in an almost feral like way. As a mystery, I think it is better than Gone Girl; Sharp Objects certainly has a lot more stuff to unpack and to sieve through to the truth.


“No one tells you it’s all about to change, to be taken away. There’s no proximity alert, no indication that you’re standing on the precipice. And maybe that’s what makes tragedy so tragic. Not just what happens, but how it happens: a sucker punch that comes at you out of nowhere, when you’re least expecting it. No time to flinch or brace.”


Dark Matter by Blake Crouch (2016)
The Gist: After being abducted and knocked unconscious, Jason wakes up surrounded by strangers in hazmat suits. He soon learns that in the world he has woken up to, he did not marry the woman who was his wife and his son was never born. I remember seeing Dark Matter on a lot of top book lists in 2016 and finally read it last March. Wow, what a mind fuck of a book. This was such a fun thrilling fast paced read that was also nightmarish and horrifying with the infinite possibilities it presents.


If you are participating be sure to add your blog post to the linky widget below (Enter your Blog Post URL, your Blog Name and your email {which will remain hidden}). Please also visit the other participating blogs, spread the word about this series, and also link back to my blog on your own Monthly Books Picks post :)