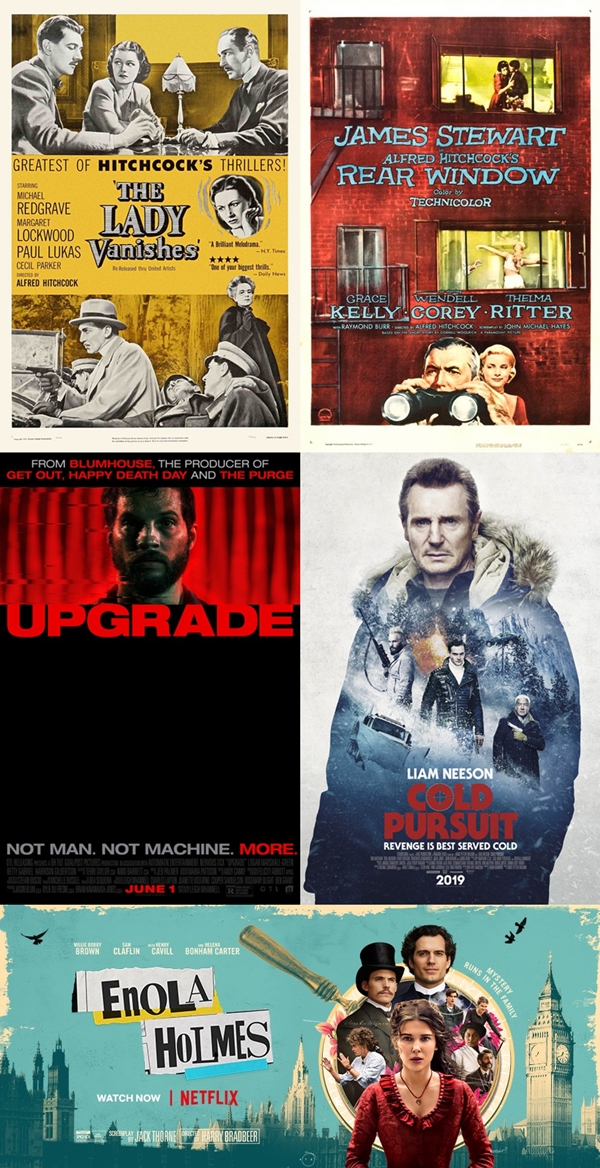 A few weeks ago we had the theme Police Detective. Then, some bloggers had confuse police detectives with private detectives; they are two different things. Now we have amateur sleuths. To be clear amateur sleuths are not police detectives (who are government employees) and they are also not private detectives (who works in the private sector and are required in most places to have a license issued by some government licensing authority before the can work as a private detective). In short, an amateur sleuth is just a regular person who has taken it upon themselves to investigate or solve something due to circumstance or curiosity. I thought this was going to be quite a hard theme, but I found five picks that I like quite easily.

The Lady Vanishes (1938)
A young bride-to-be, Iris, with the help of a fellow passenger searches for a middle aged woman whom she befriended on the train ride and who has suddenly gone missing; a woman no one else on the train remembers seeing. I saw this quite a long time ago and remember liking it. It's one I would like to see again.
Rear Window (1954)
Bored and home-bound due to a broken leg, a photographer spies on his neighbours from his window and begins to suspect one of them may have killed his wife. Unable to move himself, the photographer enlists his nurse and girlfriend to assist him in his sleuthing. Saw this again recently and I still enjoyed it.
Upgrade (2018)
Set in a tech obsessed near-future, Grey a mechanic who becomes a quadriplegic after an attack that also killed his wife, is offered a secret unapproved experimental operation where he receives a chip implant that allows him to regain his mobility. Disappointed that the police investigation of the attack that killed his wife hasn't gotten anywhere, now secretly mobile, he begins his own investigation. What starts of as just Grey trying to find information that he could pass to the police to "properly deal with the case" soon becomes a path of uncontrollable explosive revenge and the action I thought was very good, very sleek. I also really like the story; it is just a very good sci-fi action thriller. If you like dark futuristic Black Mirror-esque type of story, I highly recommend this.
Cold Pursuit (2019)
When a snow plow operator's son is killed by a drug lord, he tracks the gang members from the lowest associate, each time gaining information to get to someone higher up and slowly works his way up to the head for revenge. Neeson has really cornered the older-guy-with-specific-skills-action-thriller movie niche. And while I haven't seen most of his films in that niche...I think I only saw the first Taken...I really enjoyed Cold Pursuit. I came in expecting an action crime thriller but was pleasantly surprised that it is also dark comedy. I recommend this to those who like off-beat snow-filled crime dramas like Fargo and Blow the Man Down.
Enola Holmes (2020)
Sherlock Holmes' teen sister, Enola, sets off on her own to find her missing mother using what she thinks are clues left by her. I've picked this before for previous themes and it is here again because I really enjoyed and it's perfect for this week.
---