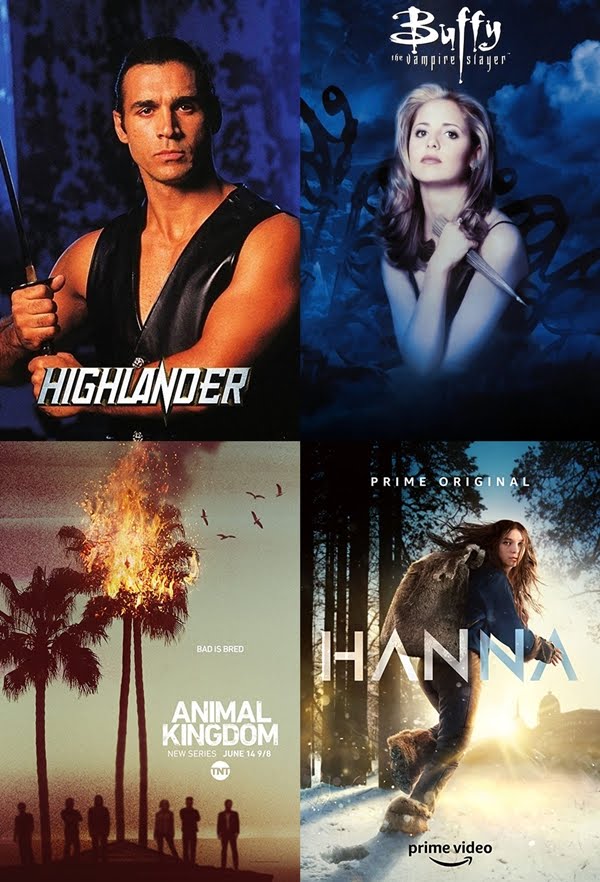 Movie to TV series spinoffs are getting made more often so this shouldn't be too hard. Though the tricky part is that many were originally books that were adapted into movies before becoming TV series...I'm staying clear of those. So here are my picks of strictly TV series based on movies.

Highlander (1992 - 1998)
Spun off from the movie (1986) of the same name. I used to watch the Highlander TV series a lot growing up. I don't remember much of it anymore other than the basic premise...and of course the song.

Animal Kingdom (2016 - )
I feel like not a lot of people have seen the TV series; I just haven't seen a lot of mentions. But obviously it has its fans since it's getting a 5th season. Anyway I really like the movie (2010) and this is a good TV series based on that. The first season is basically like the longer version of the movie but the later seasons are all new stuff. I would say the movie is more of a crime drama, while the TV series has a lot more action in it with the family doing a lot of cons and heists.

Hanna (2019 - )
The 2011 movie had a good premise but it turned out to be lackluster. I've only seen the first season of the TV series but I thought it is a decent effort at expanding the story exploring more about the program that made Hanna.