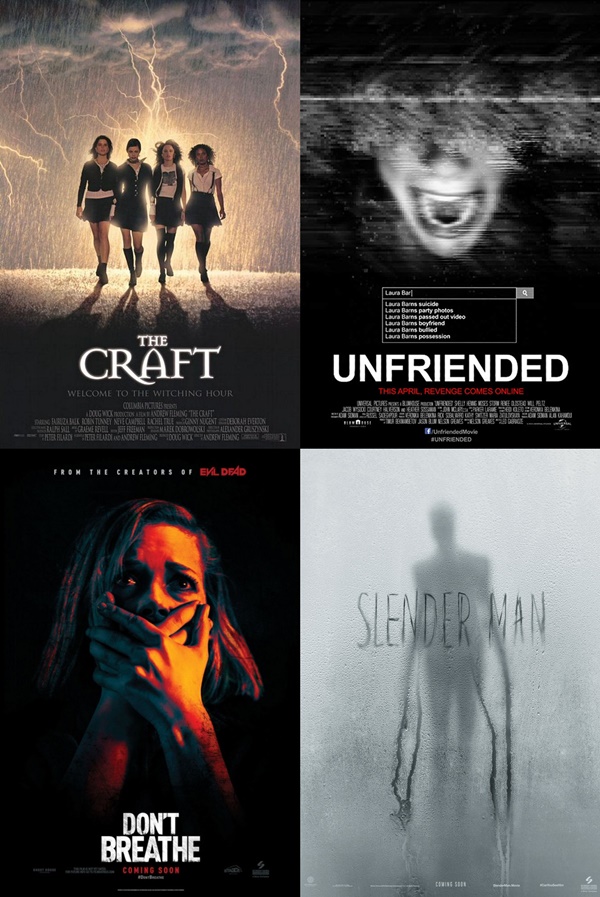 I haven't been watching that many teen horror movie in recent years so my options are limited. So like last week, I'm simply going to list some of my recent watches.

The Craft (1996)
I rewatched this a few months ago. It has the typical new girl at school peer pressure plot but with the added witchy supernatural stuff, it was definitely a fun trip back to the 90s and I still like the movie. Apparently a remake or sequel in the works...I am so looking forward to it.

Unfriended (2014)
This was an ambitious movie. It came before Searching (a much better film, though not horror), so I think this was probably the first movie where the entire movie takes place from the point-of-view of a computer (or whatever device they were using) screen. While it was an interesting way to tell a story, it was also very limiting because it meant that Unfriended HAD to have all the scary stuff happen in front of the computer/phone camera...like really? Pretty straight forward story, teens had a hand in a girl's suicide so she haunts them in the new internet/social media age style...overall, just an ok watch.

Don't Breathe (2016)
This was scary. Just when I thought it's one of those home invasion movies, where the victim fights back, like in Hush or You're Next, which are both good movies by the way, Don't Breathe takes a step further and adds an extra twist.

Slender Man (2018)
The teens summon a urban legend character and it haunts them. Honestly I don't remember much anymore, it just wasn't a memorable movie.