Thursday Movie Picks #132: Movies Featuring an Actor/Actress that Passed Away in 2016

Hello there and welcome to Thursday Movie Picks a weekly series where you share three movie picks each Thursday. The rules are simple simple: based on the theme of the week pick three to five movies and tell us why you picked them. For further details and the schedule visit the series main page here. 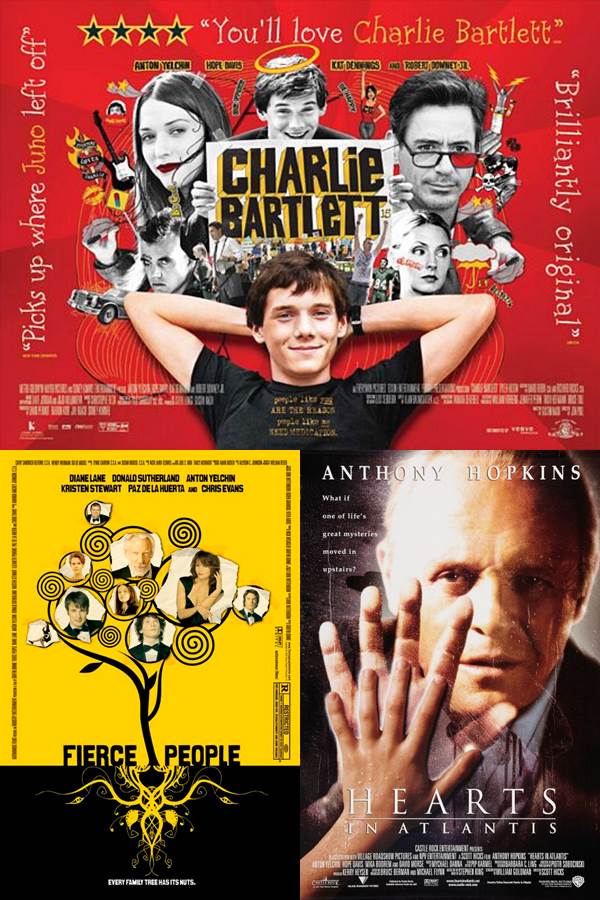 This week's theme is a suggestion by Birgit (BB Creations). I'm picking Anton Yelchin because I think I've watch his films the most (Alan Rickman is probably around the same number as well but like 7 of those are Harry Potter films) and I'm picking his earlier films.

A high-schooler becomes a "psychiatrist" to his fellow classmates when he begins dispensing advice and prescription drugs to them. I really wanted to like this movie, the trailer looked like it could be good but I just found it just ok. It's sort of feels like a mash of Ferris Bueller's Day Off and Harold and Maude that doesn't quite reach the same level of humor and greatness.

Fierce People (2005)
A massage therapist and her son moves into the guest house of her client, an old billionaire. It's been so so long since I've seen this that I've forgotten so much of the plot and I can't believe it has such a terrible Rotten Tomatoes ratings because I remember liking it and thought the young cast, Anton Yelchin and Kristen Stewart, were pretty impressive in it. And oh...Captain America, Chris Evans is in this as well.

Hearts in Atlantis (2001)
The oldest film of the lot, but the one I saw most recently. I like it, I thought it was good coming of age story with a touch of supernatural element. Based on a Stephen King book it's about a young boy that befriends an old man with special abilities.


Participating Blogs/Bloggers
Posted by Wanderer at 2:00 AM