This is going to be quick post; I've selected seven of your suggestions (thank you all) and I've also switched around some of the dates and themes. You can see the updated schedule below and on the Thursday Movie Picks page which you can get to from the top bar menu. 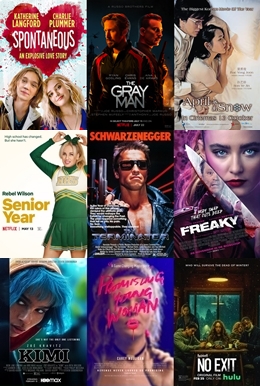