This year I'm participating in the Blind Spot series which was launched by Ryan McNeil of The Matinee. The gist of the series is that we're supposed to pick 12 movie blind spots, that is, movies that you've wanted and feel should watch but yet have somehow still not seen.

I'm a little late in compiling the list but it is tough narrowing it down to just 12. Accessibility is a major factor for me picking my 12 so I've done my homework and have determined that I can get my hands on those that I've chosen. I've been reading several bloggers' blind spot entries it seems for most the 12 movies are spread over 12 months, however, I am doubtful that I'd be able to do it that way. I'm such a mood watcher, I'd probably have a month where I will not be interested to watch any on my blind spot list. Basically my solution is to do a quarterly recap on those that I've managed to watch.

Finally here are my 12 in alphabetical order: 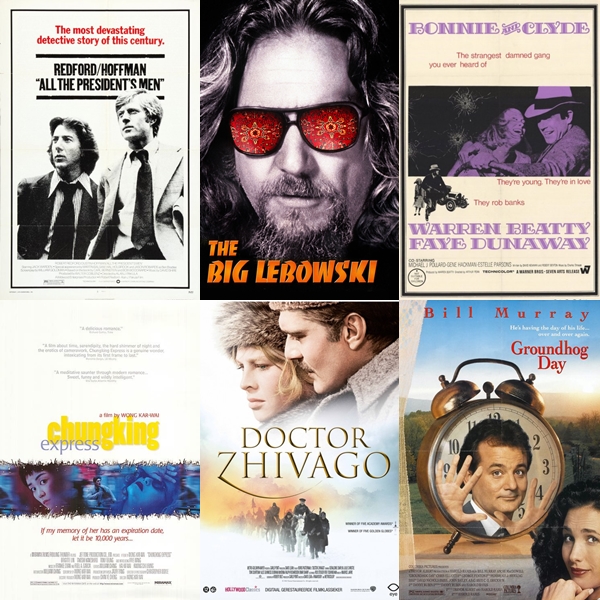 All the President's Men (1976)
There's an upcoming Journalist/Reporter theme for Thursday Movie Picks and this is a blind spot for me.

The Big Lebowski (1998)
One of those movies gets mentioned and referenced so often I'm starting to feel left out of the conversation.

Bonnie and Clyde (1967)
The 1st Thursday Movie Picks of 2015 was Bank Robberies and I'm reminded by the fact that I still have not seen this.

Chungking Express (1994)
I've watched In the Mood for Love and it's just a gorgeous film and I've been meaning to check out another Wong Kar Wai movie.

Doctor Zhivago (1965)
I want to watch a sweeping epic film, and this looks right especially since it's been sitting on my shelves for years.

Groundhog Day (1993)
Yes it's true, I've not seen this (unless of course I did and forgot all about it which I'll never know until I do try and watch it this time) so I never got any references people make. 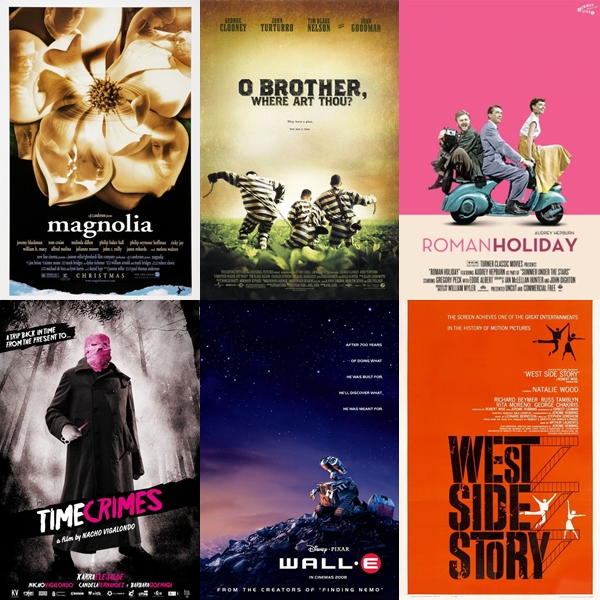 Magnolia (1999)
This was someone's pick for one of the Thursday Movie Picks (was it ensemble or talking movies?) which reminded me that I've had this movie for quite sometime so I think it's been about time I watch it.

O Brother, Where Art Thou? (2000)
I've had this on my movie queue forever. It keeps getting bumped down whenever a newer movie becomes available so I'm going to make an effort to see it this year.

Roman Holiday (1953)
I wanted to include a fun modern fairytale on this list and I think this would be perfect.

Timecrimes (2007)
This movie often gets mentioned whenever Time Travel movies is discussed and for a long while I thought I'd never get to see this as the not-so-big foreign movies are difficult to find, but now I know where I can borrow it so yes I'll finally get to check it out.

West Side Story (1961)
I've only seen parts of this and last week it was referenced on two separate non-movie podcast I was listening to; I've got to be in on these movie references.