We're already two thirds through January but as I've hardly made any post on books the later part of last year I'm going to rectify that by doing one now. So even though it's a little late here's my 2014 year in books.

Read
I read significantly fewer books in 2014 than in 2013 but I didn't really have any number I was aiming for so I'm happy with what I was able to read.

Adult vs Young Adult
2013 had been a year in which I rediscovered YA again so most books that I read that year were YA titles. 2014 I even it out reading an equal number of YA and Adult titles.

Audiobooks
If 2013 was the year I discovered ebooks then 2014 was the year of audiobooks. I had tried an audiobook or two in the past but did not enjoy the experience. Still last year I tried again and I was hooked. Three reasons why I think audiobooks are wonderful.

Podcasts
I've been listening to Movies and TV show podcasts for a couple of years now and this year I've finally checked out some bookish podcasts. Unfortunately there are not as many but there are some great ones. I enjoy the usual topical type of podcasts but I'm really loving the book club/review type that either have questions from readers posed to the authors or have a bunch of podcasters discussing a book which is a great way to hear differing views. Some of the bookish podcast that have become my favourites are the BBC and Slate book clubs.

Series
I've started a lot of series the last two years or so and haven't been any good at completing those that I started. 2014 I really made an attempt to get through some of them and I ended up completing four series (I finally finished Breaking Dawn the last book in the series some 7 years after I started the Twilight); all were YA series because let's face it YA has a lot series, just look at those that eventually got movie adaptation. That said I've also read 6 first book of a series (only two of which I'll probably continue with the sequels) and tackled 5 second book of a series. Unfortunately none of the second books were better of the first. 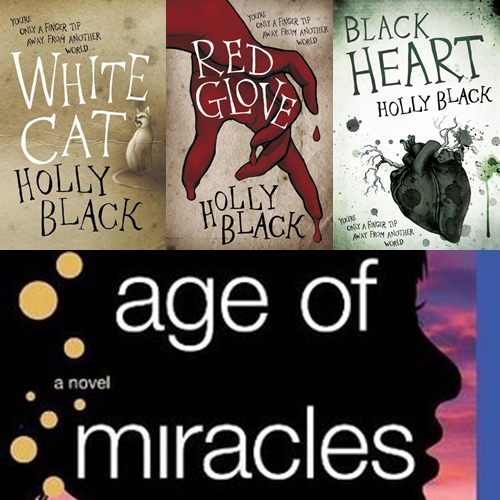 Looking ahead, 2015
I think I've made a good start having already read 4.
I'll no doubt check out more audiobooks.
I would also like to discover more bookish podcast so if you know some great ones do recommend.