Hello and welcome to the tenth edition of Thursday Movie Picks! We've entered double digits!  I hope you've been joining in the last few weeks but if you haven't what are you waiting for? It's never too late to join. For new folks, the rules of this weekly series is simple: Each week there is a topic for you to create a list of three movies. Your picks can either be favourites/best, worst, hidden gems, or if you're up to it one of each. For more information and future topics please visit the Thursday Movie Picks page here.

This week's Thursday Movie Picks is Movies about Childhood/Young Love (Before high school).

I think movies about first crushes and young love are cute and heartwarming. Don't you think? Ok so some of them are sweet and tragic like My Girl, and some can be tragic and morbid like Let Me In/Let the Right One In. But most of them just makes you go "awww...that's soo sweet.".

So as usual I am going with three of my favourites in alphabetical order: 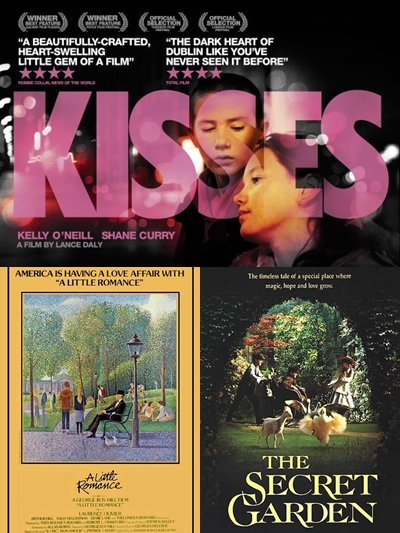 Kisses (2008) - "Two kids, Dylan and Kylie, run away from home at Christmas and spend a night of magic and terror on the streets of inner-city Dublin."
This pick would also qualify as hidden gem since I don't think most people have heard about it. Certainly I didn't when I rented it out. As with the plot outline, two neighbours run away from their abusive homes to the city. The child actors performance are the standout here. They truly act like children, their sense of wonderment and excitement by their new found freedom comes out really well in the beginning when it was all still an adventure. But when night comes the city is a terrifying place for these young kids and they have to rely on each other to get through the night.

A Little Romance (1979) - "A French boy (Daniel) and an American girl (Lauren), who goes to school in Paris, meet and begin a little romance. "
Basically it's about two child geniuses who after calculating the probability of meeting a soul mate and realising they are for each other strive to kiss in a gondola underneath the Bridge of Sigh because local legend say the couple will be granted eternal love and bliss. One of the earlier scenes of this movie truly charmed me, what with me being a fan of the movies. It was a scene of the first meeting between Daniel and Lauren (played by a young Diane Lane). Daniel, a great fan of movies, is thrilled that on his school trip to the Palace of Versailles the palace is also being used to shoot a movie. So he sneaks away from his class to look at the rooms that were being used for the movie shooting. One was empty but for a girl. He asks for her name and she replies "Lauren" to which he replies "Call me Bogie". "Why" Lauren asks and Daniel says "Because they belong together" ...awww... 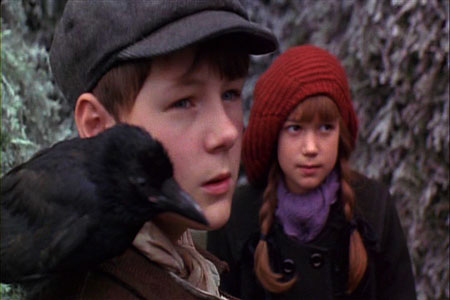 The Secret Garden (1993) - "After losing her self-indulging parents in an earthquake, a bitter young girl named Mary Lennox is sent to live in England with her reclusive uncle."
Mary is a bitter little girl when she arrives at her uncle's estate. Her reclusive uncle is often away and she is left as usual in the care of the servants of the house. Encouraged by the young maid who attends to her, Mary explore the estate grounds. She soon finds a locked up garden and with the help of Dickon, the maid's younger brother, Mary works to restore the garden to its its former glory opening her heart to nature and love. If you watched this as kid, how can you not have a crush on Dickon? As Mary did. The boy is a friend to all the animals


Participating Blogs/Bloggers
Posted by Wanderer at 12:09 AM 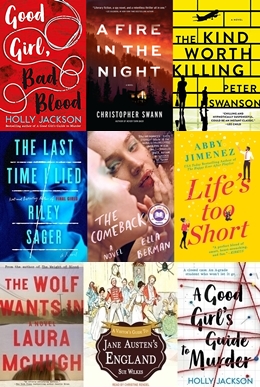 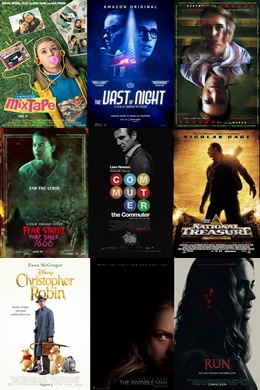