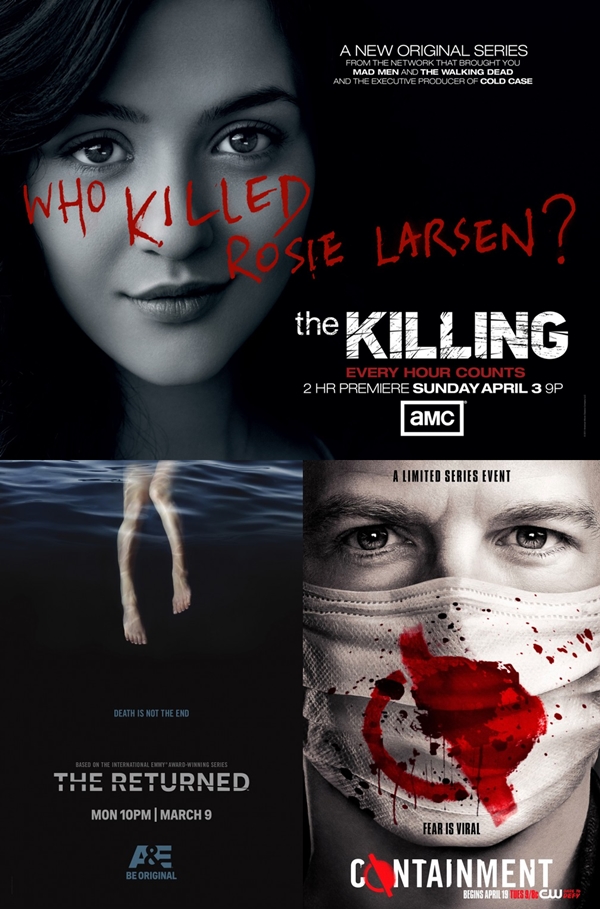 I've always love these TV edition weeks, but sometimes they can be harder to pick because I don't keep track of the series I've seen. So often I feel I am forgetting a series. Anyway my picks today are ones that I have seen the English remake but not the original series.


The Killing (2011-2014) remake of Forbrydelsen (2007-2012)
A remake of a Danish series, The Killing follows the investigation of the murder of a teenage girl found in in the trunk of a submerged car. I had been looking forward to this since I heard that the original was very good. Unfortunately the remake was a disappointment. The pacing was just glacial; I just could not watch it and only managed about two episodes of the first season.

The Returned (2015) remake of Les Revenants (2012-2015)
A remake of the French series, it's about deceased locals in a small town returning from the dead. I thought this remake was decent. I was quite hooked on it and thus very disappointed when the series was not renewed and we never got the answer as to why the deceased have returned.

Containment (2016) remake of Cordon (2014)
A remake of a Belgian series, the remake is about a city quarantined after a virus outbreak. Containment was just astonishingly awful; it's like a very juvenile take of an outbreak. The dialogue was very bad, then there was also the whole supposed vaccine research done by a lone doctor in a hospital and the handling of the cordoned area by authorities which were all just so so silly.