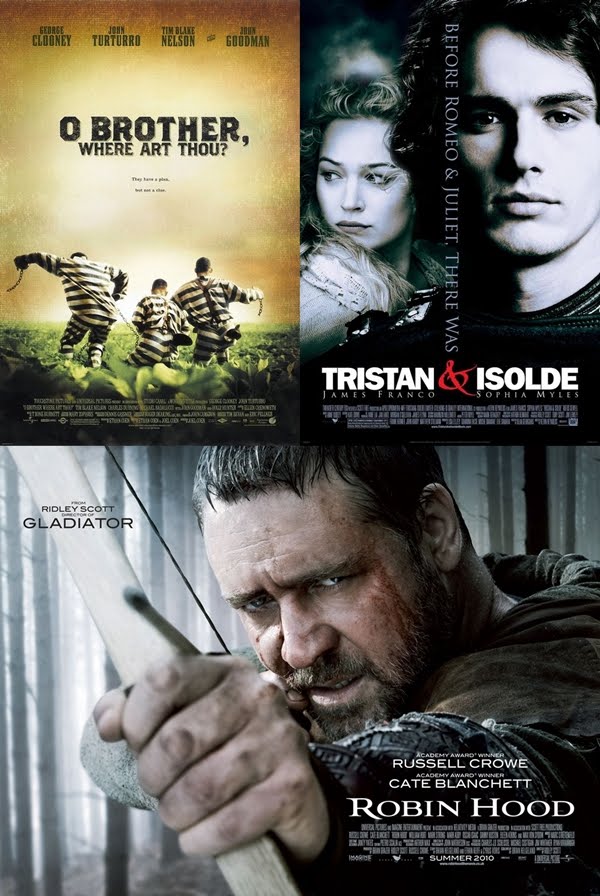 Not much to pick from this week and can't say that I love love any today but do like some of them.


O Brother, Where Art Thou? (2000)
It was a bit odd but interesting. I generally like it but don't think I get it get it since I'm not at all familiar with the Odyssey, beyond knowing who Odysseus is, which it is loosely based on. I did think the music is great.

Tristan + Isolde (2006)
I would have liked it much better if it had a better Tristan. The character mopes and cries quite a bit, which still could have turned out fine, but James Franco was just awful at it.


Robin Hood (2010)
This was just so unmemorable which is such a pity and it had a lot of good actors in it. Also, doesn't Russell Crowe seem too old to be Robin Hood?
---