Monthly Book Picks: The Month of May 2018


Hey, if you've ventured past my usual movies post and found this book blog post, welcome. It's a new series that I've started: Monthly Book Picks where I select my favourite reads of the past month. 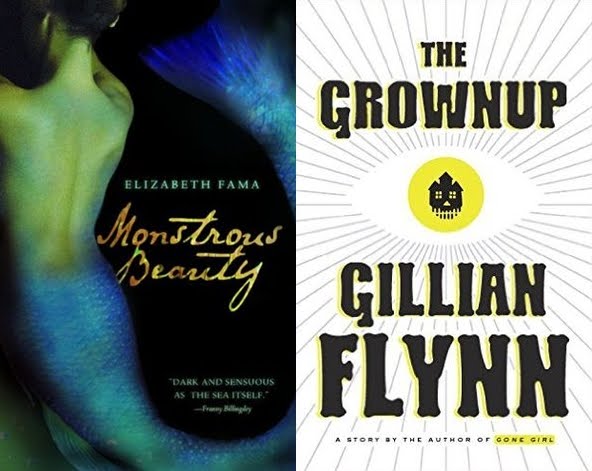 “People are dumb. I’ll never get over how dumb people are.”

The Grownup by Gillian Flynn (2015)
The Gist: A young woman makes a living as a con artist, the most recent, pretending to be a psychic. She is approached by rich, beautiful Susan, desperate for help: there seems to be an evil presence in her home which might have possessed her stepson. The narrator soon does psychic home visits to Susan's home to cleanse it and she is about to make a surprising discovery. Too bad it is just a novella; I really like it and wanted more. The story definitely looks like it could have been expanded into a novel. I have to say, in the beginning, the edginess of the character and her questionable profession kinda reminds me of the beginnings of a Palahniuk novel. Then it took a different direction when we get to Susan and her haunted house which really was pretty terrifying. But things are never as it seems in a Flynn novel so there were tons of fun twist and turns at the end and you just can't decide what's real or not.

“It was a woman--as pale and luminescent as a ghost, with swirling white hair. Ezra startled, dropping his pencil into the water. Her face snapped toward him. Her eyes were too large, clear green, and had horizontal, slit-shaped pupils, reminiscent of an octopus.”

Monstrous Beauty by Elizabeth Fama (2012)
The Gist: 140 years ago, a mermaid gave up her life underwater to be with a young naturalist but their love story ended in tragedy. In the present day, a 17 year old girl meets a mysterious stranger with whom she feels a strange connection with and he helps her investigate the mysterious affliction that have plagued the women in her family causing them all to die soon after giving birth. This is my first mermaid book and I really enjoyed this; it's a blend of contemporary, historical, horror and fantasy fiction with a little bit of romance. Ultimately it's a dark and tragic tale the way fairy tales were before they were heavily edited for young readers. I'd definitely recommend this to those that like to read folk tales and the un-Disneyfied fairy tales.