Thursday Movie Picks #174: An Adaptation (of a book, comic, game etc that hasn't been adapted) You Want to See

This week's Thursday Movie Picks is An Adaptation (of a book, comic, game etc that hasn't been adapted) You Want to See


Ok I love today's theme because I have often thought...hey I would like to see a movie of that. My Picks are going to be all books, all standalone titles (meaning not part of a series). 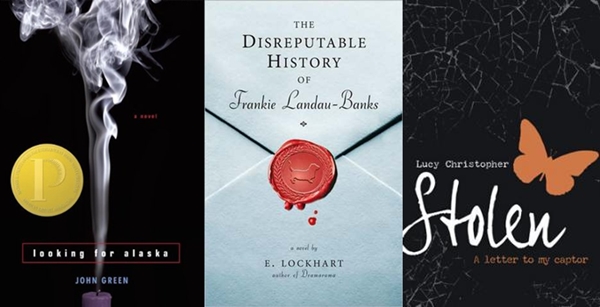 Looking for Alaska by John Green
This is the only book by John Green (you may have heard of his other books: The Fault in Our Stars and Paper Towns which have been made into movies) that I've read and I love it.  Apparently I read somewhere that the movie at some point was in the works but somewhere along the line it fell through or something...I'm not sure if it's back on, which is why it's on this list. The gist: believing he has led a boring existence, a teenage boy decides to go to a boarding school where things are perhaps less boring. There he falls for one of the girls in his group of friends, called Alaska.

The Disreputable History of Frankie Landau-Banks by E. Lockhart
This one is so much fun. Frankie is witty and smart, but has been treated as being less smart or excluded for being a girl. Realising that in the real world the ruling elite are mostly from the old boys club; she secretly infiltrates her school's all boys secret society and outwits them...basically there a lot of amazing pranks involved.

Stolen: A Letter to My Captor by Lucy Christopher
16 year old Gemma is drugged and kidnapped from Bangkok Airport and taken to the Australian Outback. The story is told in letter form from Gemma to Ty, her captor, as she reflects on what has happened to her from the moment she saw him. But here's the thing, as you read, you don't really know if Gemma has escaped, is still a captive or worse...until the very end of her letter of course.  Anyway there had been news that there was going to be a movie, but it has been a year or perhaps more since the news; it has been very quiet. Here's hoping it is still happening. 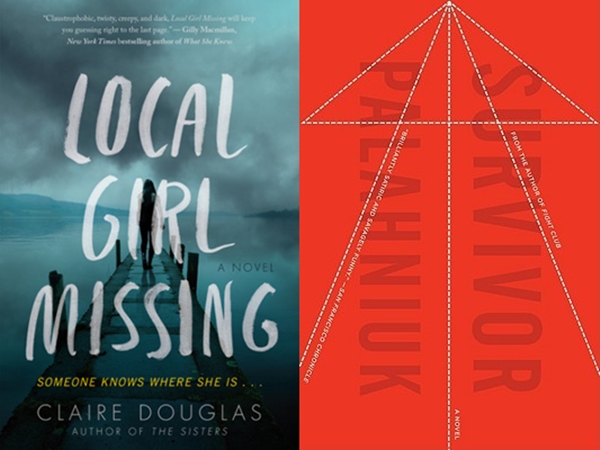 Survivor by Chuck Palahniuk
If you've seen Fight Club, or read Palahniuk's books than you sort of know what to expect. His characters tend to be a bit or a lot nutty. In Survivor, the main character is Tender Branson, the last surviving member of a cult. The book opens with him speaking into a flight recorder of an empty plane. He plans to tell his life story, before the plane crashes. The story is all sort of crazy with a lot of dark humor, I'm very curious what a movie of it would look like.

Local Girl Missing by Claire Douglas
I've been reading quite a lot of thrillers lately and this is one of the better ones. The gist: 21 year old Sophie goes missing 18 years ago and her best friend, Frankie, is haunted over what happened to her. When Frankie gets a call from Sophie's brother, now a local newspaper editor, that her remains may have been found, Frankie goes back to her hometown to find out if it's really Sophie. The story is also a little spooky which I like. I don't even remember where it is set, but I imagine the movie would have a lot rain and very misty/foggy.


Participating Blogs/Bloggers
Posted by Wanderer at 4:30 AM