This week's Thursday Movie Picks is The Internet 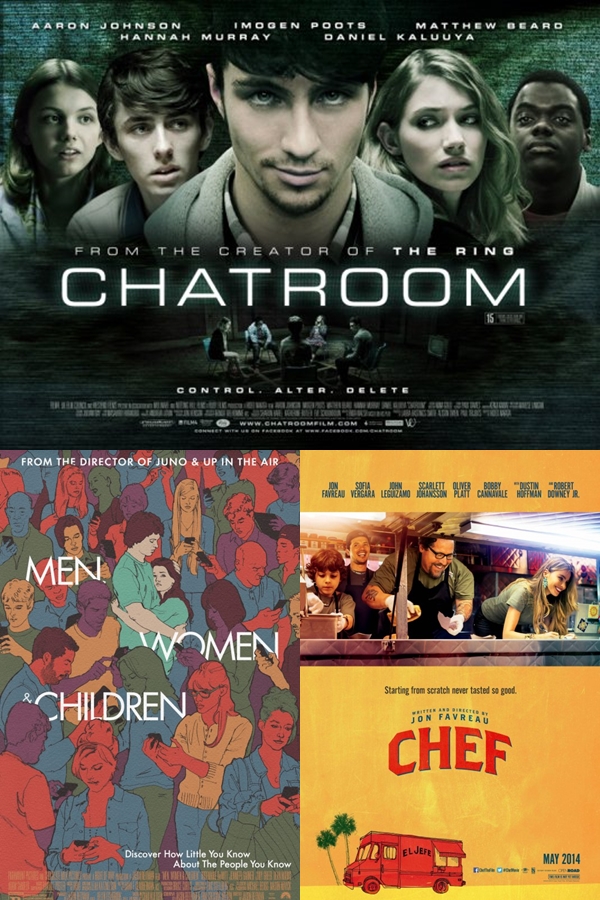 Ahh...the internet. Increasingly a part of our lives and increasingly being featured in movies. Do you guys remember the dial-up days? The loud annoying dialing noises and bad connection...glad those days are gone. Can't say I like most movies that show the internet prominently so these are just random picks of the ones I've seen.

Chatroom (2010)
Released in 2010, this movie feels very outdated. By 2010 social media had pretty much taken over chatrooms as the place youths hanged out, and some popular chatrooms like MSN chat had already been shut down a couple of years before. While the movie has a psychological thriller element to it, it mostly feels like a "big scary internet" tv movie that feeds parents paranoia.

Men, Women & Children (2014)
Once again it feels a little dated and too heavy on the cautionary tale aspect. I thought it was funny how the synopsis of the movie had this "teenagers and their parents as they attempt to navigate the many ways the internet has changed their relationships..." I thought that was odd; the internet isn't exactly a new phenomenon and especially for the teens in this, it's not like they ever had a "before there was internet" life.

Chef (2014)
Not exactly a movie about the internet, but it's one of the few I think that shows both the negatives and positives of the internet. The main character may have begun with a negative experience with the internet, but with the help of his tech/net savvy son, he gets a following for his new food truck business.