Thursday Movie Picks #326: Halloween Edition - Based on a True Story 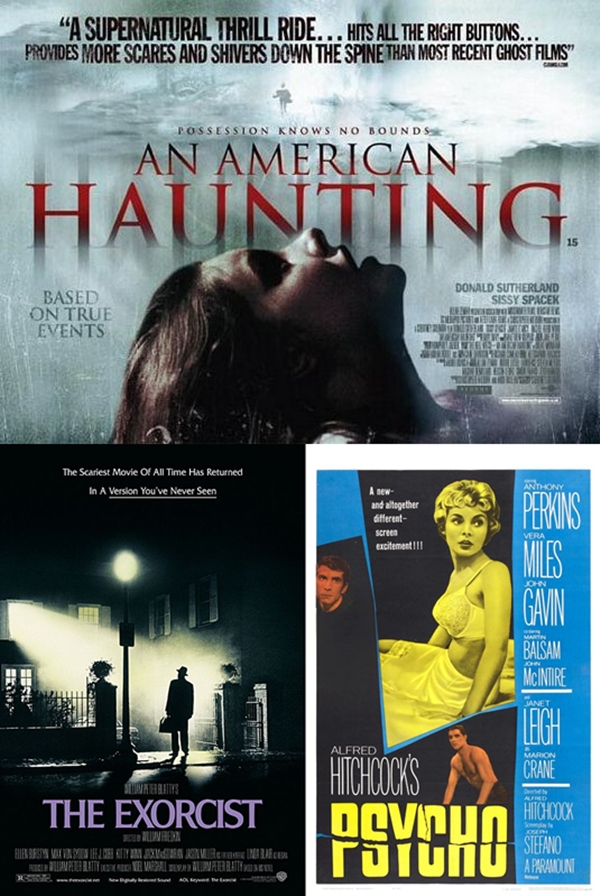 This is so hard. Why did I ever come up with this theme.
An American Haunting (2005)
This is based on the story of the Bell Witch, which some believe is true while others think it's an urban legend of sorts. I saw this a long time ago. I remember not being impressed by it and that it starred the girl who played Wendy in Peter Pan.

The Exorcist (1973)
This was apparently inspired by a real exorcism on a teen boy in 1949. I am not a fan of possession/exorcism movies...I don't find them scary, I just find those possession scenes too over the top. What I did find scary, were the earlier parts of the film, before the full blown possession of Regan, where the changes in her was thought of as being a medical issue. She is sent to various medical tests and we see her mother scared and worried. That, I thought was scary and presented well. It was the kind of real horror that a lot people go through when they are sick, the stress and anxiety of having to go through test after test, a process of elimination, just to find a diagnosis.
Psycho (1960)
This was inspired by the story of Ed Gein. Out of the three movies I picked today, this is the only one I like.
---